During my 23 years at the Sheffield College, technology has changed at an alarming rate. When I first started, the College still used electric typewriters and then moved on to computers: the old style with the huge monitors. 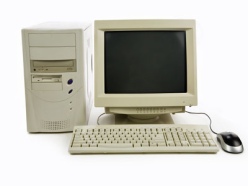 At the time they were hailed as the new era; it meant the end of tippex and not having to re-type the same information over and over again- plus information could be saved and used in the future. We had boxes full of discs, which with hindsight had a very limited storage capacity!

I did a course and learnt about computers and the Microsoft suite; what it could do and how it could be utilised at work to save time and energy in your working day.

This was then the normal package to use and I found it easy to use as it evolved through the years. With the advent of each Windows package there was always something different to get used to, but the principle was the same and the majority of the time the changes weren’t too different or difficult.

Then we had a new AP for Teaching & Learning start in 2014 who shared the benefits of Google docs. He offered training and so we started on the Google journey.  For the first year it was just small steps getting used to the way Google worked and converting our application forms to Google forms.

Since Hannah Tyreman, our new manager, started in December 2015 there has been a radical shake up of the way our department works. From being heavily paper-based we have now become 90% paperless.

Google has made a complete difference to our working practice and I have to admit I was dragged kicking and screaming into this new world which felt totally alien to me.  At first I found it completely confusing and it was very hard to accept the fact that you didn’t have to save everything and that you could work on the same document as another person at the same time – a very strange feeling…

Having said this, it has been revolutionary.  Our department started with creating forms for course applications which could be sent out, completed online and when they were returned to us immediately populated a spreadsheet.  The drawback was that this turned out to be a huge spreadsheet which was hard to read if there was an enquiry.

The improvement came when Helen Hayes discovered Autocrat, which enabled us to send out automatic responses and forms to line managers- all of which were automatic.  Helen put in hours of research and work to refine the system and has created an extensive range of spreadsheets, forms and graphs which has streamlined the way the department works.

With Helen’s patience and tuition I have now got to grips with Google and in fact use it at home for personal work.  I have totally embraced the concept of Google and all it offers. I know that I have a long way to go to be completely competent, but I am enjoying the journey (something I thought I would never say at the beginning) and look forward to gaining a more comprehensive understanding of all it offers.

For the moment it is enough to know I can use it effectively in my job role, just don’t ask me to do any formulae!